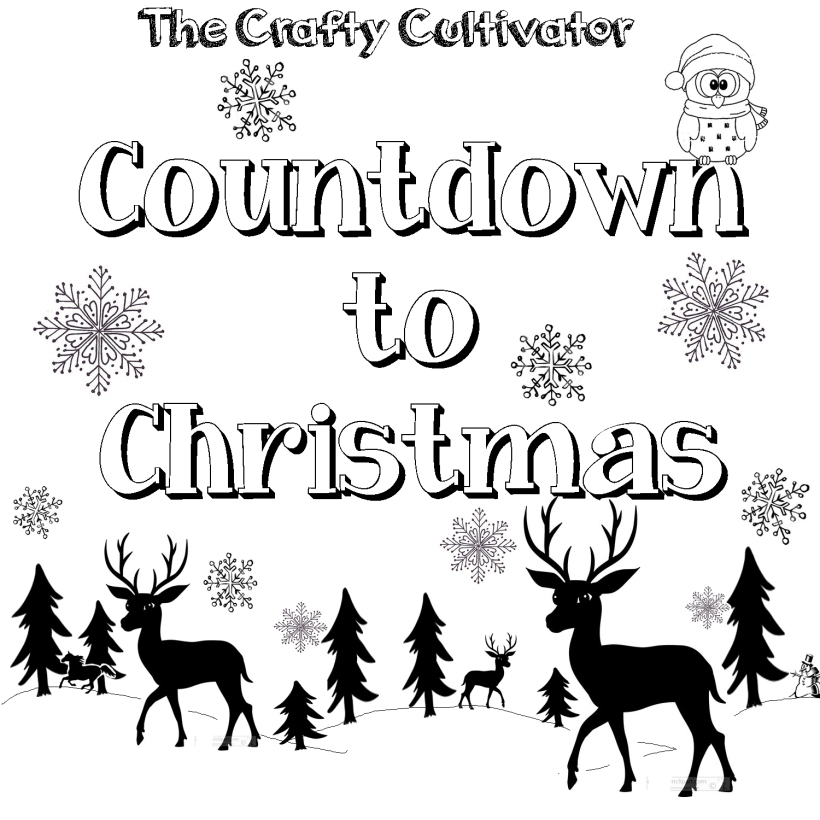 I’m stepping up my Cinnamon Roll game here. I’m using the same recipe as I did a couple months back, so these would be good if you have a bunch of company over and want to wow them at breakfast time. You do most of the work the night before, and then reap the rewards in the morning. 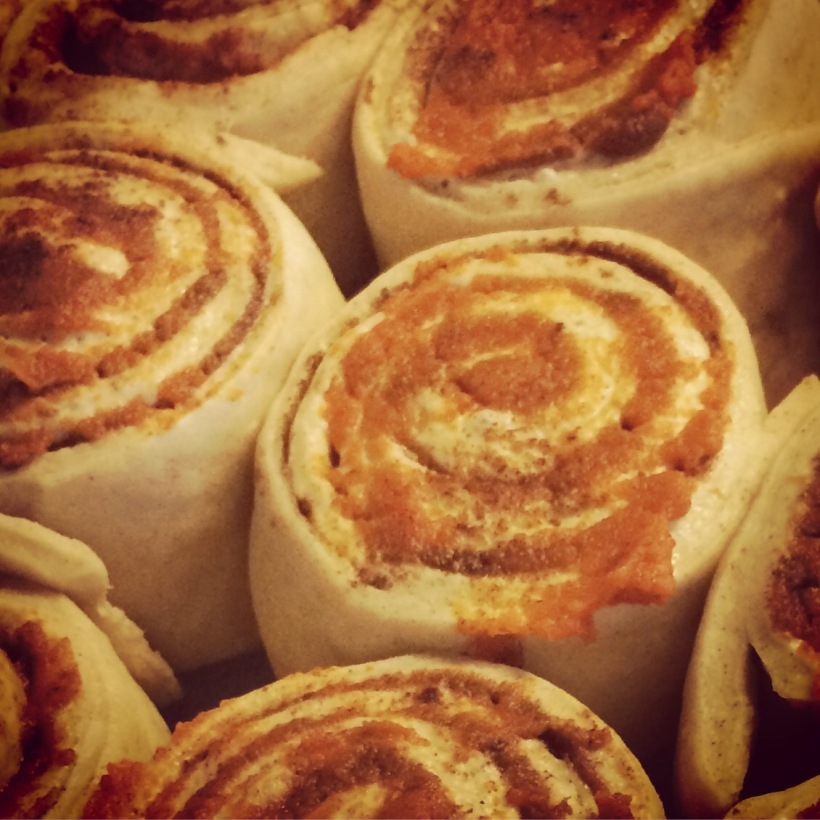 You don’t have to make these overnight… You could just do a second rising for about 2 hours and then bake right away. If you do this, they will be a little larger.

Rather than just plain Cream Cheese Icing, we are going to spice that up a little bit with a little pumpkin spice action too. (If you like a lot of icing, double this recipe for it. I find that fresh out of the oven, cinnamon buns only need a little bit, but after a day or two, the icing really helps them along.)

We are using canned pumpkin puree… Don’t confuse it with the pumpkin pie filling… we just want the plain pumpkin puree. You may also want to think of some other pumpkin type things to make with it, since we won’t be using the entire can.

Second, we are using Pumpkin Pie Spice, rather than just cinnamon… (4 parts cinnamon, 1 part nutmeg, 1 part ginger, 1 part allspice). You can adjust the quantities of them to suit your own tastes if you make your own. I usually add a teeny bit extra nutmeg, and a little less allspice.

Lastly before we get started, I’m sending you to my first cinnamon bun post for the dough recipe because it is exactly the same. Exactly, so I’m not going to repeat it word for word in this post… Just head back to this post where the directions say “After the first dough rise” in bold. (The icing I used is also the same from that post)

Okay, so with your dough all risen and ready to be rolled out, lets get started: 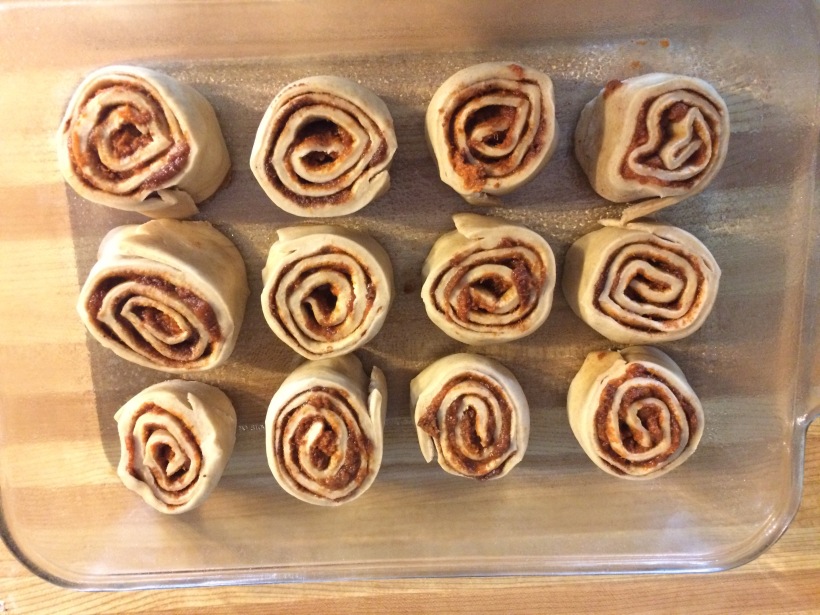 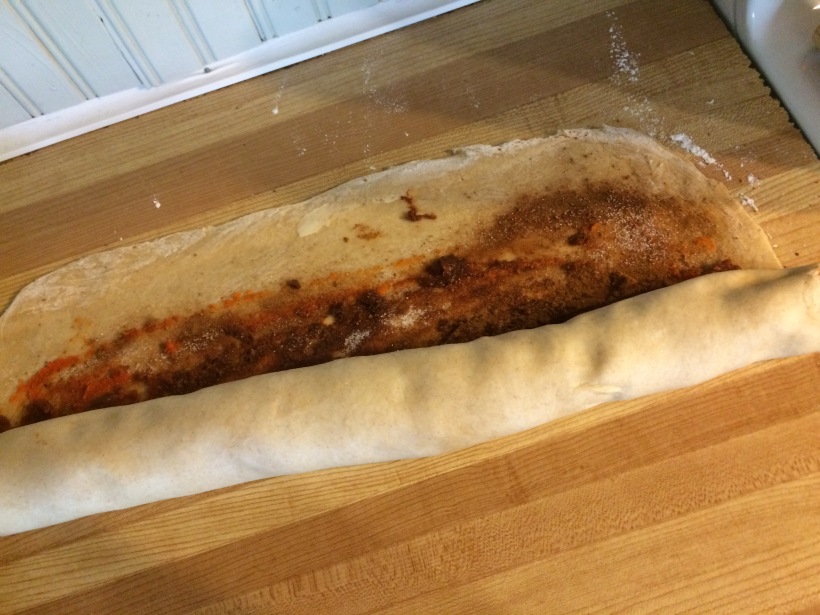 I finally have had time to catch up on housework that I have been slacking on for far too long. My kitchen is FINALLY back to a respectable clean zone rather than the counter just holding a bunch of things off the ground (…and I’ve been keeping it that way, so gold star for me acting like a grown up).

So with my kitchen being clean, and all inspiring, I got the idea to make cinnamon buns. But I wanted to try a new recipe, and not my favorite. The Favorite is a little labor intensive, and I just didn’t want to go that route. I also realized that I haven’t written my favorite recipe here at all. It is a recipe I found a few years ago, and have tweaked a little since then.. I guess I will have to make them again so I can write about it here for you guys.

These might just become my go-to recipe. They are pretty amazing. The dough is easy to put together (with a kitchen aid), and it was really nice to roll out . Not at all hard to work with. AND since they are overnight rolls, you cut out most of the wait time by sleeping.

Since this is so easy, it would be a great place to start if you are just stepping into working with yeast. 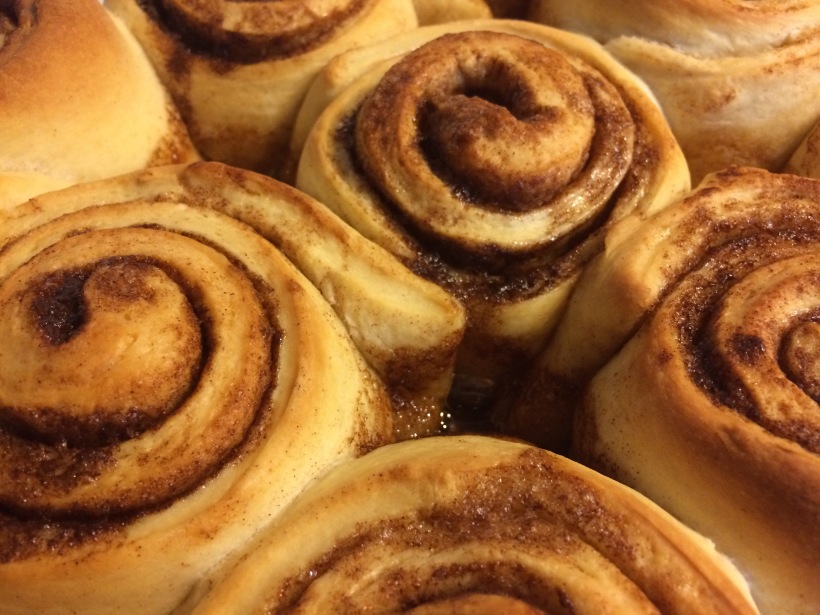 The original recipe made a TON of icing. I only ended up using half of that, and so I have adjusted it here. If you like a huge amount of icing on your cinnamon buns, then go ahead and double it. When these are fresh from the oven, they don’t even need the icing. But once they are a few days along, the icing definitely helps it along. Make it your own. 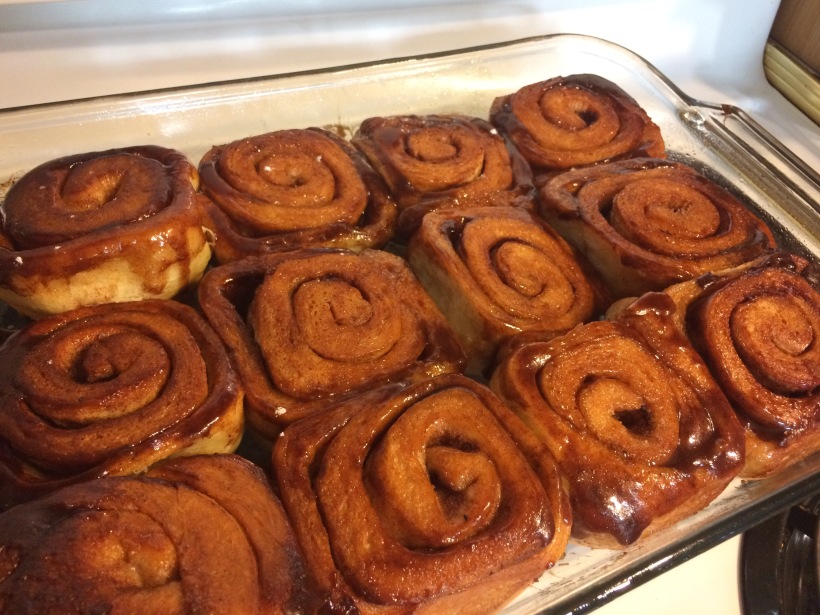 But lets get on with the recipe: 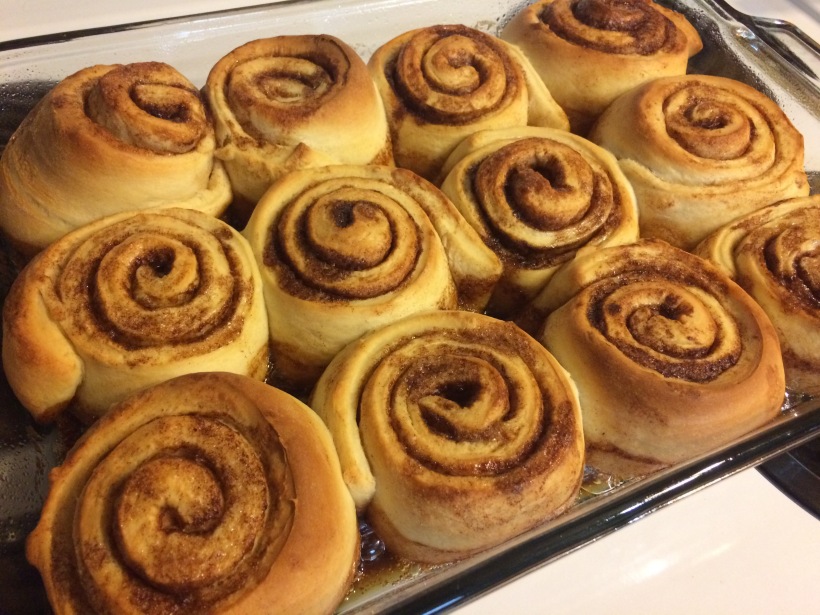 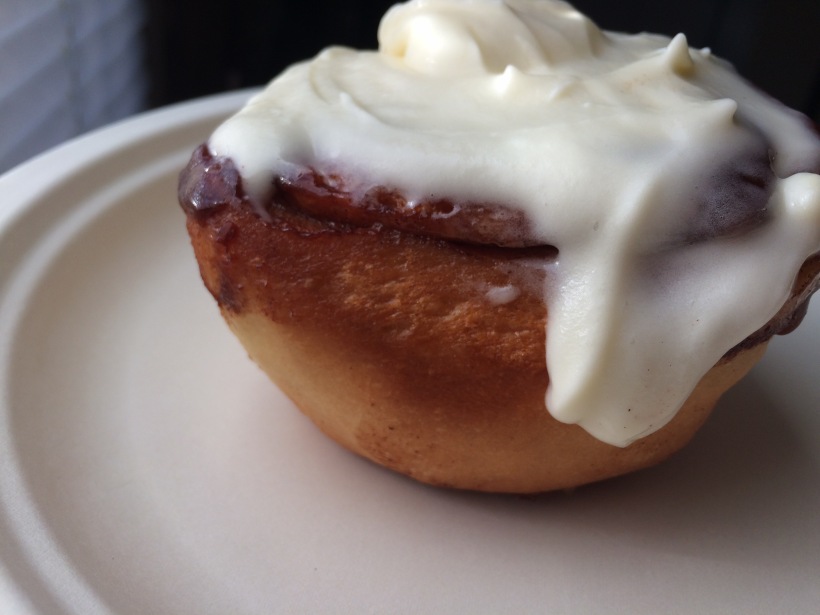 PS: Sorry I don’t have any printable recipe available. I’ll attempt to figure out how to make them soon.

Hey guys, Sorry for the lack of any posts or updates on the regular as of late. I have been sucked into Pinterest and getting ready for our first big camping trip of the year. (which also means I have been getting all my plants ready for going outside and living without me for almost a week.

But more on that later.

In all of my Pinterest-ing I have discovered a big lack of actual real ingredient recipes for cooking in a Dutch Oven over a fire. There are a lot of basic “how to cook in a dutch oven over coals” posts, but not many recipes. My best friend bought me one for Christmas a few years ago and I have never really had the opportunity to try it out (well, I did once, but I forgot it on the kitchen counter when we left for the mountains).

Here is the thing, I want real recipes. Not ones that include other things that have 36 ingredients themselves. That is one of my biggest pet peeves of pinterest recipes… When people say “Only 3 ingredients” but then those three ingredients contain 100 ingredients combined and half of them are shelf stabilizers, preservatives and colour. I want some legit real ingredient recipes. Do you guys have any to share? They don’t necessarily have to be specific to Dutch Ovens, but that would help. I’m new to this Dutch Oven thing, but I can bake up a storm in a regular oven. I want to be able to do the same with just a campfire.

For this trip I have decided that I am making biscuits for sure. I found a real recipe… one that I can pre-assemble all the dry ingredients, then just add water at camp (I should mention that we are completely off grid there).

Since I have been so lacking in anything recipe or craft related around here for a while, I will be trying to get some posts written/photographed while we are out there. My biscuits could be a fail, or they could be the best biscuits I’ve ever had.

While I’m here appealing for recipes, any sort of cooked-over-the-fire (or in the coals- you get the idea) recipes would be fantastic. Especially for things that don’t require refrigeration. Our cooler space is limited. And unless someone makes the big trek down the mountain to town, we won’t have ice to replenish, so it would be good to have a few things on standby for those occasions.

Thanks everyone! I can’t wait for some new suggestions to try out. (and sorry for the lack of photos on this post)

This year, I have some lofty rhubarb dreams. I was getting worried that I wouldn’t be able to try out all the ideas I have floating around in my head (and on my Pinterest feed), since my backyard rhubarb doesn’t produce a ton. But then I went home to visit my parents this weekend and all hope has been restored. I mean, like check this mammoth out!

It is about as tall as I am (5’6″) and I can hardly get my hand around some of the stalks. This isn’t even the only planting either! I had 5 others to harvest from, although they are not as gigantic.

I will have to find the scale later and update you on the weight of this harvest, but I think it is safe to say that I will be able to make all my rhubarb dreams come true this year. 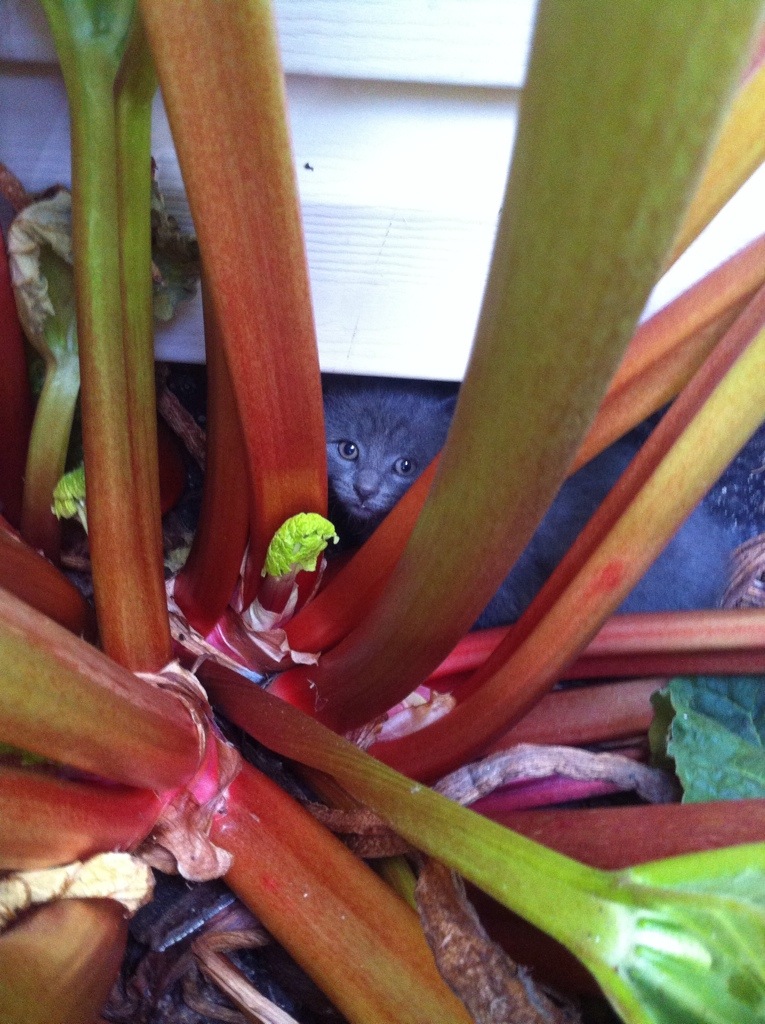 Because I will have to wait until I get back to my own house to freeze or otherwise preserve this harvest, I did some googling to find the best method of prolonging the rhubarbs freshness. If you leave 1-2 inches of the leaf on the stalk, it helps keep it from wilting so much. Let’s keep our fingers crossed that it works out! 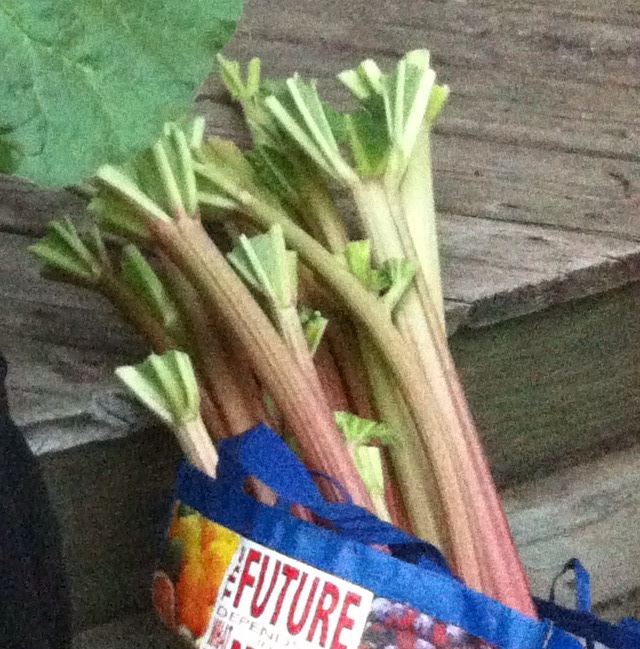 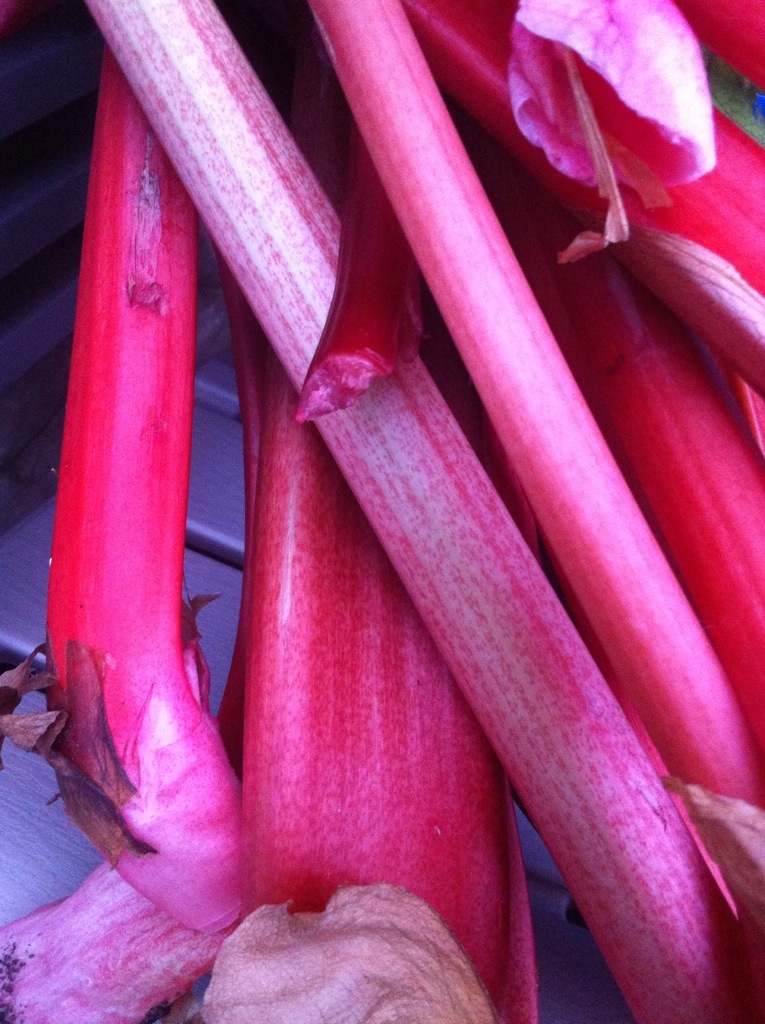 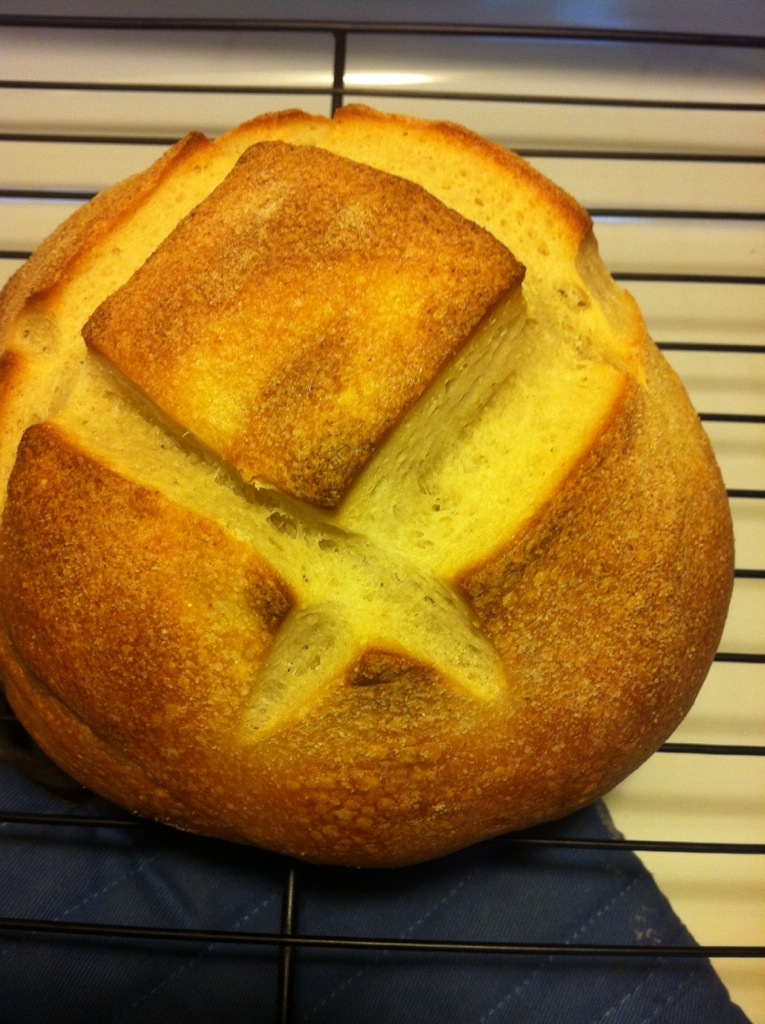 We are finally ready to start using the starter! See that liquid and those frothy bubbles on the surface (maybe?)… And that sour smell your yeast colony is emitting… That means we are ready.

Dump your starter into a bowl, and feed it… 1 cup flour, 1 cup warm water… Let it double in size. This is going to take anywhere from a couple hours to overnight. (I know, hold onto the edge of your seat, the excitement is too much). You’ll know its ready when it has doubled, and is really bubbly… It looks like a sponge… We call it the sponge… (same goes if you are using your starter from the fridge… stir it to combine all the things – dump half if you feel you need to, and then follow above)

I’m sorry this post took so long to finally make public… I still haven’t found a sourdough bread recipe to call my very own. Something simple that I love… So I still mostly use Chef Johns. And you can watch his videos and follow his recipe too, now that you have your very own starter. I will keep testing and come back to this when I find one I absolutely love. I had intended to test some different recipes all week, but this week kind of punched us in the face at work.

Here is Chef John’s Day 8 instructions.  You will need to knead this recipe A LOT! I made it once and it took 40 minutes before I could do a good window pane test… Which is why I am on the hunt for something slightly easier. But try the recipe, It is delicious and makes a great loaf of bread.

I really wanted to post this to say this: Don’t listen to chef john when he says that your sourdough probably wont turn out… because mine has worked EVERY TIME I have used this method. Its simple, not rocket science. So Try it. It is soooooooooooooooo worth it!